Public Transport - I Want, You Want 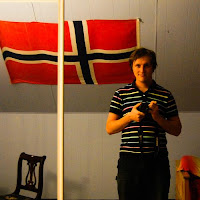 Public Transport is the solo project of Duncan Bailey, a resident of Maine, ME. An accomplished producer, DJ and musician, Bailey recently had an EP (the self-titled, Public Transport) released via the Gothenburg-based 23Seconds label.

Under the guise of Public Transport, Bailey has made a string of remarkable self-produced recordings ranging from the deep-electro synth of Timecode, (a cover of long-term influence Justus Köhncke) to the sun-drenched chillwave of Seawall.

With a strong germanic influence on both his life and music, it's unsurprising that Bailey cites Ulrich Schnauss (alongside original shoegazers My Bloody Valentine and Lush) as a major creative influence. It's this influence which comes to the fore in the swerving, reverb-laden nugaze of Der Unterschied zwischen Signal und Rausch and our featured track, I Want, You Want.

Pleasingly, for those with inquisitive ears, Bailey has a habit of giving away Public Transport music for free, and much of it is downloadable through his SoundCloud page.